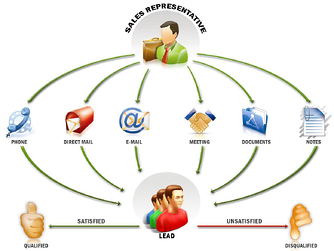 ad man John Wanamaker) which has rang true for anyone in marketing for over a century now:

"Half the money I spend on advertising is wasted; the trouble is I don't know which half!”

If you happen to be a fan of the show Mad Men (and, if you're in advertising, you really should watch it) you'll be familiar with this problem. It's the problem that advertising has had throughout its history. You put an ad campaign out there and you simply hope it helps sales. If a new campaign launches and sales quickly go up afterward, it's probably due to the ad campaign.

But even then, which parts? Was it the TV spots? The billboards? The radio jingles? You can try to do market research among buyers to find out why they decided to buy, but fundamentally, traditional advertising involves taking a lot of shots in the dark and hoping they hit.

However, with the coming of Internet marketing and the birth of lead generation companies, things are changing. With Internet marketing, it's now possible to track where your money is going, and how effectively it's being used, with far more precision than ever before.

It's still far from being a perfect science, but lead generation companies today can give you a lot more insight into the ROI on your ad budget than any ad men from decades past.

How Lead Generation Companies Are Taking The Mystery Out Of Marketing

One of the biggest problems with traditional offline advertising campaigns is there were very few good ways of tracking impressions. Take billboards, for instance. You can look up statistics for how many cars drive beneath a billboard during an average rush hour, and guess at the number of impressions you'll get, but... then what?

How many people actually buy a truck because they saw a Ford billboard? We have no idea. Neither does any of ad agency.

However, with your online marketing campaigns, you can track these things. Your lead generation company can tell you exactly where every visitor to your website has come from: whether they found you through a Google search, or through social media, or if they clicked on a banner ad. (Surely, the Internet version of billboards.)

Furthermore, once they arrive at your site, you still keep track of them, as they move throughout your web space. Analytics software allows you to see, for example, which articles are most read by people who are arriving via social media, or via Pay-Per-Click ads. You can see which advertising methods lead most directly to sales through DIRECT observation of the behavior of your visitors.

This is the new skill which lead generation companies bring to the table: The ability to begin to directly tie buyer behavior to the marketing messages which inspired them to visit. We can demonstrate the relationship causally with a lot more confidence than any previous generation of marketeers could.

Also, lead generation on the Internet often involves inspiring interactions on the part of your customers. Well-crafted Calls-to-Action and landing pages convince your visitors to give up pieces of personal information about themselves, including their demographic information. This further informs you and gives you more ideas about how to revise and refine your outreach strategies.

The proof, as they say, is in the pudding. Previous generations of advertisers had to make do with guesses and intuition. Today, we can combine high-idea concepts with hard data that demonstrates whether they're working or not. It means you can be less afraid to experiment, as long as you're willing to pull the plug on ideas that don't work.

So, if you want to see how the Internet is revolutionizing the science of advertising, drop us a line and we'll tell you all about it! 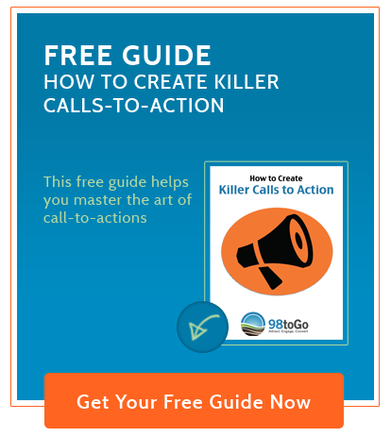