Tweet
Do you know what the second most popular social network is? Nope, it's not Twitter and 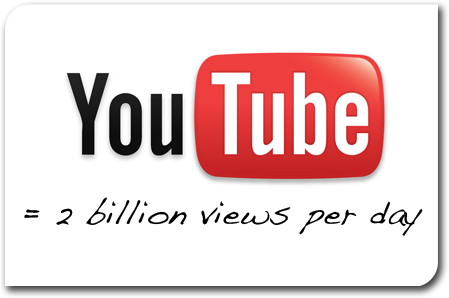 it's not Google+, either. It's not FourSquare or even the new Pinterest. It's not even considered a social network at all, but, after Facebook, YouTube is the most visited place to socialize on the Web. Who would've thought? Marketers, that's who! And that is why video marketing is starting to shoot into popularity (no pun intended).

For some, website video marketing isn't even considered in their marketing strategy. You already have to worry about SEO, SMO, or some other acronym beginning with an 'S' that worrying about using videos for marketing can tip that scale (and maybe even the budget). However, video marketing these days can be even more successful than SEO or backlinks.

Why video? Let's look at the details:
Seen the "Will It Blend" series on YouTube? How about all these new Super Bowl commercials being pre-released on YouTube, too? All of these are forms of internet video marketing and they are making big waves with customers because, well, people like to be entertained.

Before dropping the thousands on creating a local TV spot or national campaign, think about the cat videos or Will It Blend episodes--they are far more important to people than some 30-second commercial.