Why A/B Testing Calls To Action CTR Is Pointless 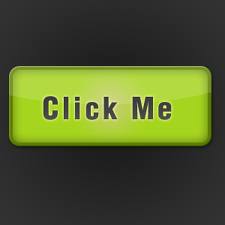 Remember the old days of marketing – you know, before the Internet? There were fewer metrics to consider, and less data to examine. If you wanted to know how well a product or service would go over on your target audience, all you had to do was round up a test group and ask a few questions or try out the product on a sample market and tally up the results. Ah, things were so much simpler back then – but were they as effective?

While the web may have complicated things by arming marketers with a virtual artillery of dense jargon and confusing metrics, the results from today’s market testing techniques are arguably much more accurate. Instead of testing out two new slogans for a women’s cosmetics line to perhaps 25 shoppers at one department store, companies can test out both calls-to-action buttons on their website or the effectiveness of a landing page, to a much larger sample size, in a shorter period of time and compare the numbers collected by their analytics software. It sounds difficult, but it’s actually pretty simple.

In a previous post, we covered calls to action (CTAs), or the messages within a website that inspire a consumer to further investigate or accept a particular offer. Now, we’re going to take things a step further by explaining how testing calls to action can determine which message is the most effective.

Today, companies generally test and measure the effectiveness of marketing messages on their website in three ways:

In order to gather information from these metrics, however, you must have a minimum of two calls to action to try out. This is called A/B testing. For example, let’s say a software company just released a new product and they want to offer a trial period to encourage consumers to explore their new product. They then develop two calls to action – call to action A says “Try our new software free for one week!” while call to action B says “Try our new software free for 30 days!” The company tests both the A and B versions of the calls to action by exposing both CTA messages an equal number of times to visitors to a live website.In order to gather accurate data and determine the most successful call to action, however, the company must look at all three metrics. If they only review the CTR, they may find that a call to action gets good results such as a 5.59% CTR (aka Views to Clicks Rate) – but they’re still missing some key information for making their call to action as effective as possible. Just testing for CTR is pointless.

Using a real life example - the blue version of the CTA Liquidation Sale caused less than 1 in 10 (or 9.84%) who clicked to then submit a completed form. This could mean that the call to action, while strong initially, was not powerful enough to prompt interested consumers to spend 30 seconds filling out their contact information. The solution for this clicks to submission rate issue may be to drive more traffic to the web page with the blue version CTA offer to gain more submissions.  There's a better solution.

The better solution is A/B testing to find the most effective CTA. By reviewing the views to submissions rate in the example above - the orange version of the CTA generated a much larger submission rate.  Despite similar percentages of people who initially clicked on the offer - version B the orange colored design - is more effective in capturing submitted forms (leads).In today’s online marketing world, you’ve probably heard a lot of talk about click through rates and why they’re important.  Often times people forget about or are unaware of the other two important metrics. That’s sort of like creating a recipe and only measuring one ingredient. If you want to know which option is the most effective, you have to look at it from every angle - and that means reviewing not only the CTR, but also the clicks to submissions and views to submissions. By considering all of these metrics together, you will have a better reckoning of the big picture and can thus create more successful calls to action.