How Google Penguin Is Changing The Face of Inbound Marketing

As we like to remind people, the inbound marketing industry is constantly changing. Trends shift and mutate 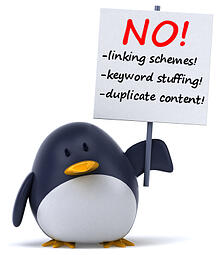 quickly, and changes in certain areas can cause massive, unexpected ripples in the proverbial pond.

Google Penguin has made that big of a splash. This is a new initiative by Google to change the way their search rankings are calculated, and if you haven't heard of it yet, it's high time you do so. These are the sorts of trends you need to stay on top of if you're going to make it in inbound marketing.

What Is Google Penguin?

Google Penguin is a series of updates that Google made to their search algorithms aimed specifically at enhancing the quality of content found in Internet marketing. These are mostly intended to undercut companies attempting to utilize grey- or black-hat SEO techniques that trick Google's ranking system.

Some of the major types of questionable SEO techniques targeted include:

Google estimates that roughly 3% of searches in English are ultimately affected by these updates.

What Effect Is Google Penguin Having?

Google isn't pulling punches with Penguin. In one high-profile example, Overstock.com got hit hard. The short version is that Overstock had been trading college kids store discounts in exchange for inbound links and saw their search rankings crash overnight after Penguin noticed this. Once they ended the program, their rankings rebounded nearly as quickly.

This is causing a lot of worrying in the inbound marketing industry. Some who defend "black hat" techniques say it's putting them out of business, which it hopefully is. More commonly, people fear accidentally incurring the wrath of the Penguin without knowing how or why.

First of all, it's currently unknown exactly how many people are getting unfairly penalized by Penguin. There is little doubt that it is happening to some extent, but the reports have largely been like that one: totally anecdotal, without any real studies into how many such claims are accurate. None the less, since it is an automated process, genuine mistakes are bound to occur.

It's also worth noting that Google has a simple form online for requesting a human review your site, if you believe it has been unfairly hit. 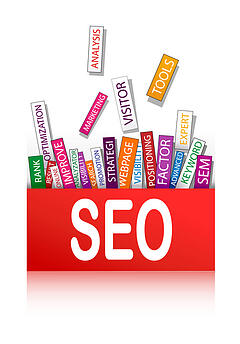 A Word on Keywords

There is one significant area of uncertainty and doubt when it comes to Penguin: what to do with keywords. A comment from Google regarding "over-optimization" of keywords has people scrambling to decide exactly what they mean by that.

The general belief is that Google can now distinguish related keywords and will reward you for diversity. IE, rather than repeating "Divorce Lawyer in Cincinnati" verbatim over and over, you should use multiple variations on the phrase to rank more highly and avoid potential penalties. This also extends to anchor text and inbound links.

There is no general consensus yet on what exact keyword ratios are optimal. There isn't enough data yet. However, we do recommend you start looking in that direction for your keywords and we will, of course, keep you updated as new strategies are found.

Beyond that, for the most part, we believe most Penguin problems can be avoided simply by pursuing good organic link-building and content-writing strategies. Here are a few general tips:

Finally, if you've been following the Penguin situation as well, we'd love to hear your comments on it and what new strategies you've adopted.