Web Content Writing Rates Should Be Transparent And Affordable

As content marketing has risen to be one of the most dominant forms of advertising on the Internet, the job of content writing has grown right alongside it. Once a niche industry, this is now becoming a popular choice for writers looking to expand their careers. Unfortunately, since this is very much a developing area of business, web content writing rates end up being all over the place.

So, how do you know you're getting a good deal?

There are really two main points to look at in rates for content writing: transparency and affordability. Find a content provider who satisfies both, while still giving you great content, and things will likely go well for you.

For most companies getting their start in content marketing, a freelancer is often the first place they look for new content. It seems a simple enough proposition. After all, freelancers usually charge low rates, and since you agree to those rates up front, it has to be transparent enough, right? Well, not necessarily.

Let's look at some common payment types among freelancers:

The other major alternative is to hire a true Internet marketing firm for your content writing. This will cost significantly more than hiring a freelancer, but then again, you get so much more for your money. You get a true team of experts who are invested in your business's marketing and want it to succeed. A freelance writer rarely has such investment.

Rates for these companies vary wildly, although monthly fees in the hundreds or thousands of dollars are common. These are virtually always bundled with other services, such as analytics, video production, and social media management, so it's mostly a matter of finding a company whose offerings match your needs.

Among such article writing services, you want to look for total transparency in their pricing. Don't ever sign up with an SEO firm that doesn't tell you upfront exactly what you're paying for, and what you're getting for it. The contract you sign should specify all fees and leave nothing to the imagination. There's no excuse for leaving these matters up in the air.

No matter which route you choose, the important thing is to make sure you have as much control over your expenses as possible. Look for the best value you can find, while still demanding transparency in the pricing.

What do you consider to be fair web content writing rates?

We did the research and gave you our secret sauce for finding and hiring the best content writers, and put it into this massive guide.  Get your free copy of The Ultimate Guide To Hiring Expert Content Writers by clicking the button below. 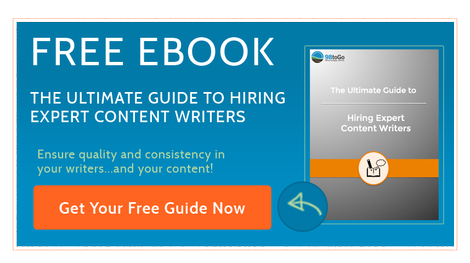